We have been providing eyecare to patients in the Olympia area since 1983. Our staff consists of highly trained assistants and licensed dispensing opticians working with the most modern and accurate equipment to make your visit to our office as efficient and pleasant as possible. 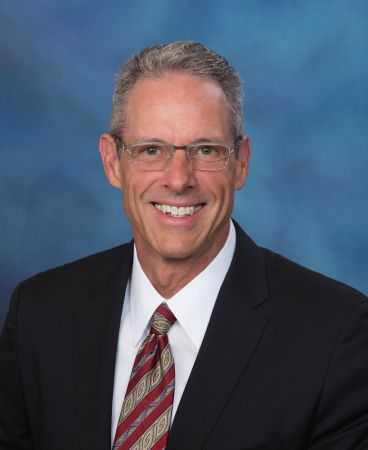 Dr. Dale L. Tosland received his Bachelor of Science degree at Pacific University in Oregon. He received his Doctor of Optometry degree in 1983 from The Pacific University College of Optometry. Dr. Tosland completed his externship training at the Tripler Army Hospital in Honolulu, Hawaii. While in college he served as the vice president of the Phi Beta Kappa honors fraternity. He is a member of the American Optometric Association, the Optometric Physicians of Washington and a past president of the Olympic Society of Optometric Physicians.

His professional interests are primary patient care, contact lenses,glaucoma, macular degeneration, diabetic eye disease and refractive surgery. Dr. Tosland specializes in bifocal contact lenses, correction for astigmatism and Corneal Refractive Therapy (CRT) nightwear lenses for the correction of myopia without surgery. He is a past president of the Olympia Lions Club where he has also served as a board member. He lives in Olympia with his wife Jamie and has two sons Dane and Clint. 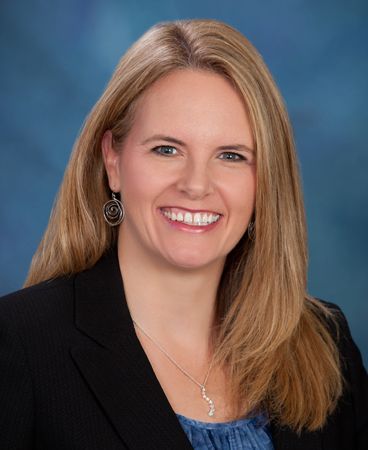 Dr. Joanna S. Haws, who is fluent in spanish, has been working in pediatric optometry and ophthalmology practices for over 15 years. She graduated from Brigham Young University with a BS in Zoology, and received her Optometry degree at Pacific University in Oregon. In connection with Pacific University, she was selected to participate in the prestigious Pediatric and Strabismus Referral Center in Portland. Since completing her optometric degree, she has worked in a primary care setting, serving all age patients and providing care as a pediatric specialist. She works with state and local preschools, health care providers, and local organizations to assist with infant/toddler early intervention vision programs.

Dr. Haws has a well-demonstrated commitment to helping people improve their ocular health. As part of that commitment, she travelled to Chile where she and other professionals provided eye care and lenses for over 1,500 children and adults in a small community. Dr. Haws is a member of the American Optometric Association, and the Optometric Physicians of Washington, and currently serves as OPW Olympic Optometric Society Secretary and Treasurer. Originally from the Seattle area, she and her husband Dan enjoy the smaller town feel that Olympia has to offer. In her spare time, she enjoys hiking, quilting, playing the piano, and spending time with friends and family.

Dr. Mary Ferris’ compassion is appreciated by patients and staff alike. She is easy-going, patient, and innovative. Her broad range of clinical interests and skills make her versatile and ready for a challenge, handled with a caring manner.

Originally from the small town of Michigan City, Indiana, she became captivated with all the Pacific Northwest has to offer from a young age, and moved west following graduation. Dr. Ferris speaks Spanish and enjoys interacting with Hispanic cultures. She spent a year in residency working at the Centro de Rehabilitcion Visual in Guanajuato, Mexico. She is a graduate of Purdue University and the Indiana University School of Optometry. In addition, she has completed primary care residency training with the Jonathan M. Wainwright Veterans Administration hospital in Walla Walla, Washington, as well as ocular disease and surgical co-management with PCLI (Pacific Cataract and Laser Institute) in Kennewick, WA.

She is a Fellow of the American Academy of Optometry, member of the Optometric Physicians of Washington, secretary of the Olympic Optometric Society, and member of the American Optometric Association. In her spare time, Dr. Ferris enjoys volunteering with the Junior League of Olympia, travelling with VOSH (Volunteer Optometric Services to Humanity) and volunteering at the Union Gospel Mission free eye clinic. Mary, her husband Scott, and teenage stepson Jake enjoy kayaking, snorkeling, and travel.

Sociable, good-natured and relaxed, Dr. Angela Loeb loves helping people and learning new things. Dr. Loeb was born and raised in California. She attended the University of California, Davis where she graduated with a degree in Neurobiology, Physiology and Behavior. She went on to complete her doctorate through Indiana University School of Optometry, graduating with high honors.

She focuses on providing quality patient care and believes in building relationships with her patients. She is trained and licensed to use diagnostic and therapeutic pharmaceuticals for the treatment and management of eye diseases. Dr. Loeb is specialized in Orthokeratology. She spends time volunteering at the Union Gospel Mission free Eye Clinic. In her free time she enjoys reading, movies, music and travel. Dr. Loeb and her husband Brian, a classical musician, live in Olympia, with their son Henry and daughters Penelope, Norah and Charlotte.

Dr. Flynt Davies received his Bachelor of Science in Chemistry/Biology from The Evergreen State College in Olympia, WA in 2013. He began his career in optometry at Olympia Vision Clinic as a certified Paraoptometric Technician from 2013 to 2016. He left OVC to attend the School of Optometry at Indiana University in Bloomington and earned the Doctor of Optometry degree in 2020. While attending Indiana University, he was a member of Beta Sigma Kappa International Optometric Honor Society. He is a member of the American Optometric Association and the Optometric Physicians of Washington.

He trained at the Atwater Eyecare Center in Bloomington, the Perry Point/Baltimore Veterans Affairs Medical Center, the Eye Institute of Utah in Salt Lake City, and the Indianapolis Eyecare Center. As an Optometric Teaching Assistant at the Indiana University School of Optometry, he taught lab courses that addressed content such as Systematic Approach to Biomedical Sciences from 2017 to 2019.

His professional interests include pediatric to geriatric eye care, vision therapy, glaucoma, diabetic ocular disease, specialty contact lens care, dry eye and ocular manifestations of systemic diseases. He is committed to humanitarian Optometric services and volunteered at the Olympia Gospel Mission from 2013 to 2016. Vision loss ranks among the top ten disabilities in the United States and many people fear this condition. For children particularly, vision loss coexists with other impairments and can have major consequences for their education and future opportunities for employment. He is dedicated to ensuring all clients reach their optimal goals for excellent vision.

Dr. Davies is a transplant to the Pacific Northwest, having moved here with his family in 2008. He graduated from Olympia High School in 2009 and was an Oly Bear linebacker on the Narrows League championship team. The team awarded him the coveted “Meat Grinder Award” for toughest teammate. He is an avid Seahawks fan and enjoys snowboarding, hiking, kayaking, tennis, basketball and spending time with friends and family. Dr. Matthew Polster received his Bachelor of Science from The University of the Pacific in California and earned a Master of Science in Teaching from Portland State University. Before discovering his passion for eyes, he enjoyed working in both education and horticulture in Portland, OR.

He returned to school for his Doctor of Optometry degree from Pacific University in Oregon where he was an active member of student government and graduated with honors. He completed externship rotations at a traumatic brain injury rehabilitation clinic in Portland OR, the Pacific University Pediatric and Strabismus Referral Center, the David Grant Medical Center at Travis Air Force Base in Fairfield, CA, and the Veteran Affairs Medical Center in Fresno, CA.  After graduation he joined the Air Force, providing optometric care at Mountain Home Air Force Base in Idaho and Ramstein Air Base in Germany. He is proud to continue his military service with the Air National Guard in Tacoma.

As a Fellow of the American Academy of Optometry, Dr. Polster is committed to constantly improving his own level of practice and that of the profession. His background as an educator comes through as he strives to help patients understand their eyes and how to care for them for a lifetime.

He enjoys spending time with his wife and three school-age children exploring the great outdoors and gardening in their own backyard. When he needs to unwind, he takes a long run on the streets and trails of beautiful Olympia. 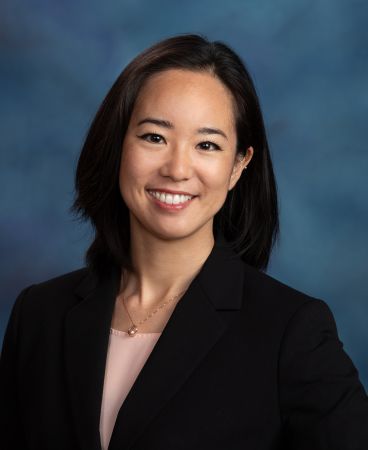